When one year replaces another, it is customary to make conclusions and all sorts of ratings. Top 5, top 10 and even top 100 of the best movies, books, outfits, actions of celebrities – you can find everything on the Internet! Of course, it would be simply impossible to do without a cat rating. First of all, 2023 is not only the Year of the Rabbit, but also the Year of the Cat! And secondly, do you still remember who rules the Internet? Cats, of course! So Medialogia has compiled its top 10 of the most mentioned, and therefore the most popular cats. 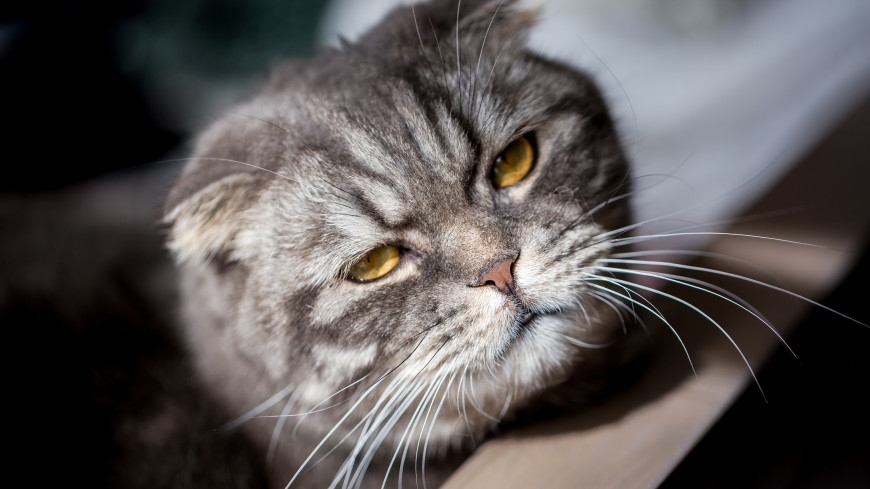 Let's get acquainted. The 10th place is taken by Brosha the cat from the Ukrainian city of Dnipro, which... was washed. Yes, in a real washing machine, where he liked to sleep – right in the empty drum. Yes, it worked for 30 minutes. But the cat managed to survive! This is an amazing incident, which proved once again that cats definitely have more than one life. As you know, a cat has nine lives, but people should still be more attentive and cherish every cat's life. 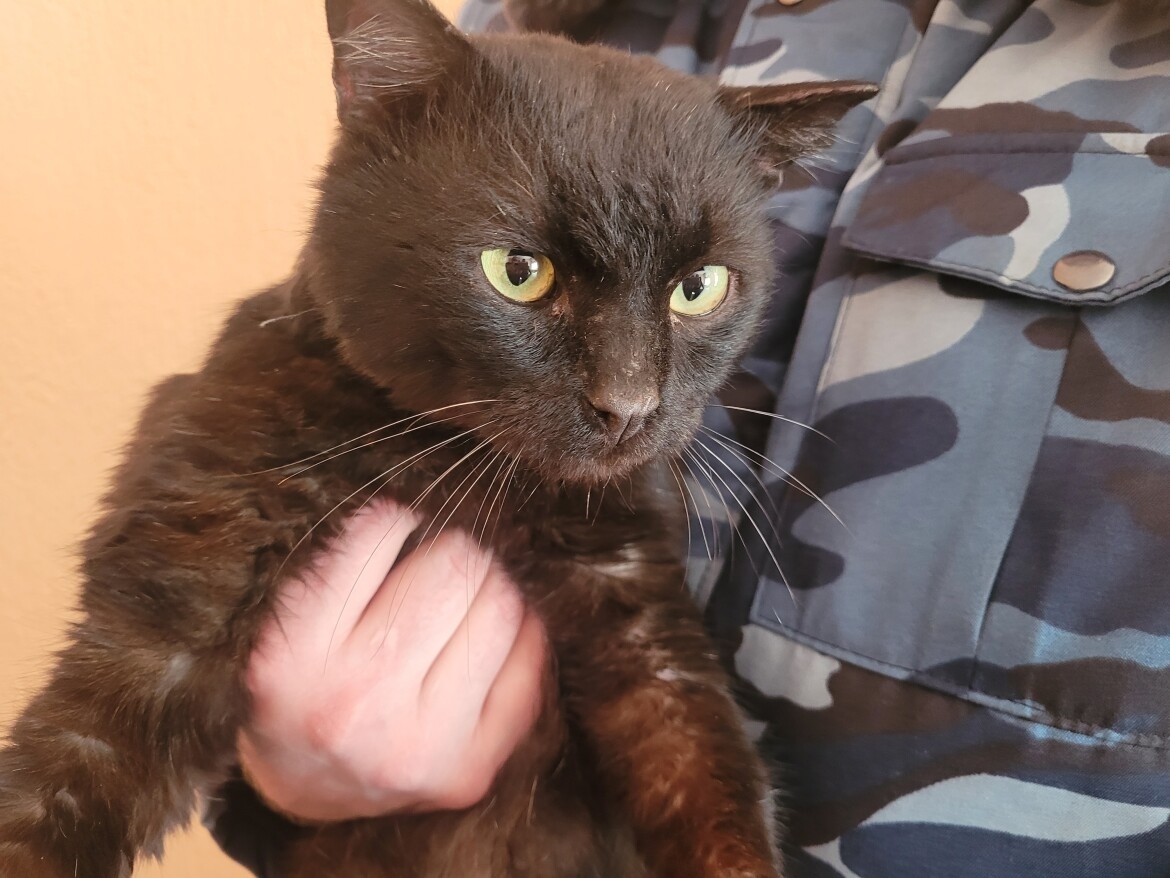 The 9th place is occupied by an unnamed black cat from Kazan. The one who "tried to carry" something forbidden in its collar into the territory of the local colony. Fortunately, the "courier" was timely discovered. Once again: people, take care of cats! Don't involve them in your bad deeds! 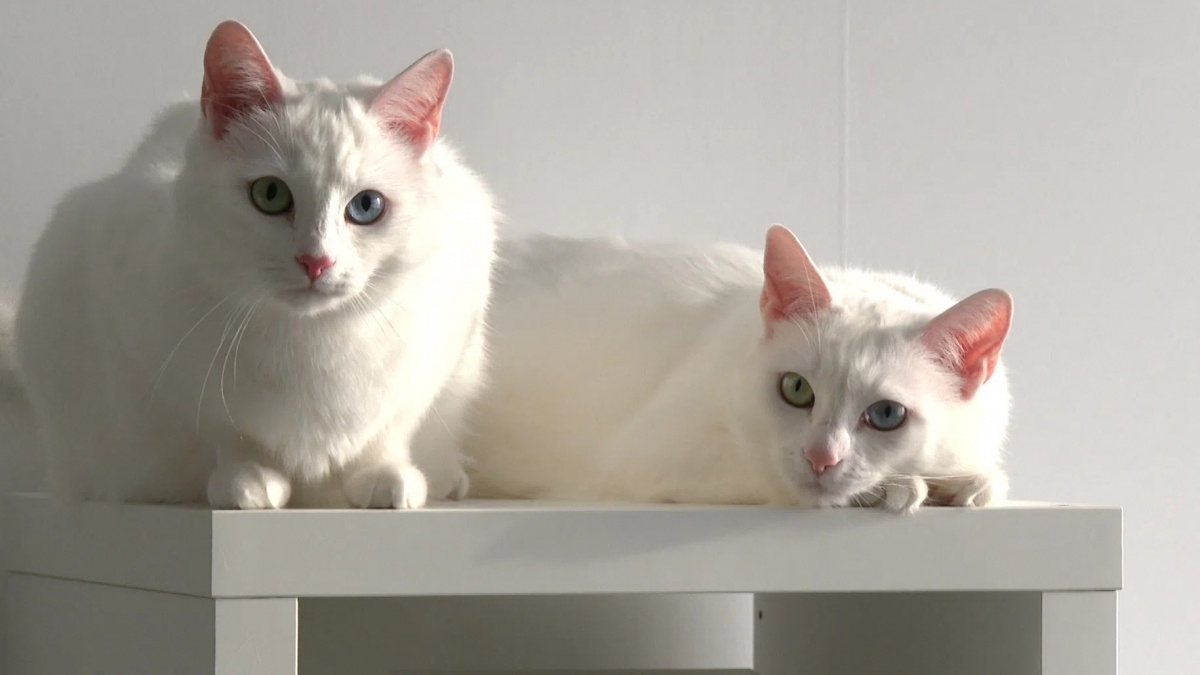 On the 8th place, there are two wonderful cats: Abis and Iris. They are twins, and they were recognized as the most beautiful cats in the world. Who recognized? What's the difference? You can make sure that these two blondes are really beautiful! 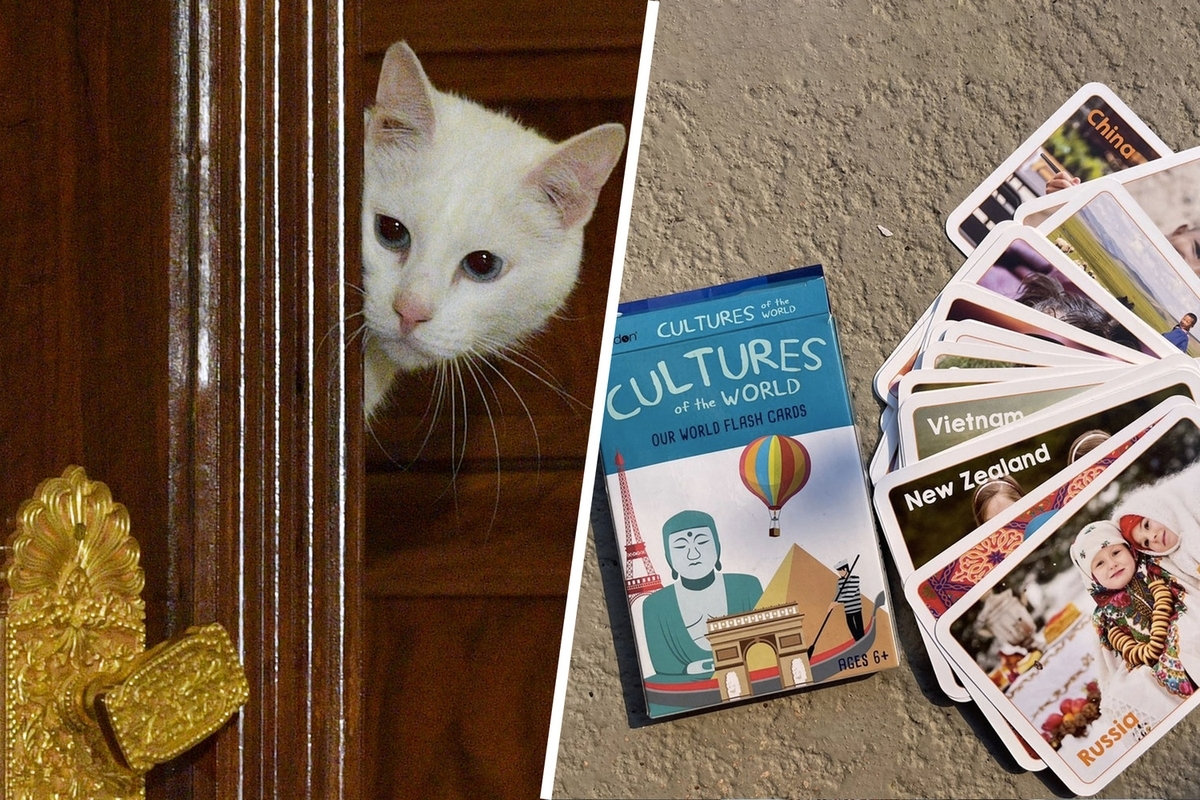 The seventh place is taken by the legendary Hermitage cats. Thousands of articles and millions of posts on social networks have been written, movies made and legends created about them. It would seem that what else can cats from the Hermitage surprise the world with? They can: in 2002, they became the heroes of the popular American board game Cultures of the World. Cats and board games – could this happen before? We don't remember any similar cases, and what about you? The next line is occupied by another mustachioed (and to be quite precise, snow-white) inhabitant of the famous St. Petersburg museum. Of course, this is Achilles, an oracle cat who is so great at predicting the results of football matches. It is not difficult to explain his place in the rating: last year was the year of big football. 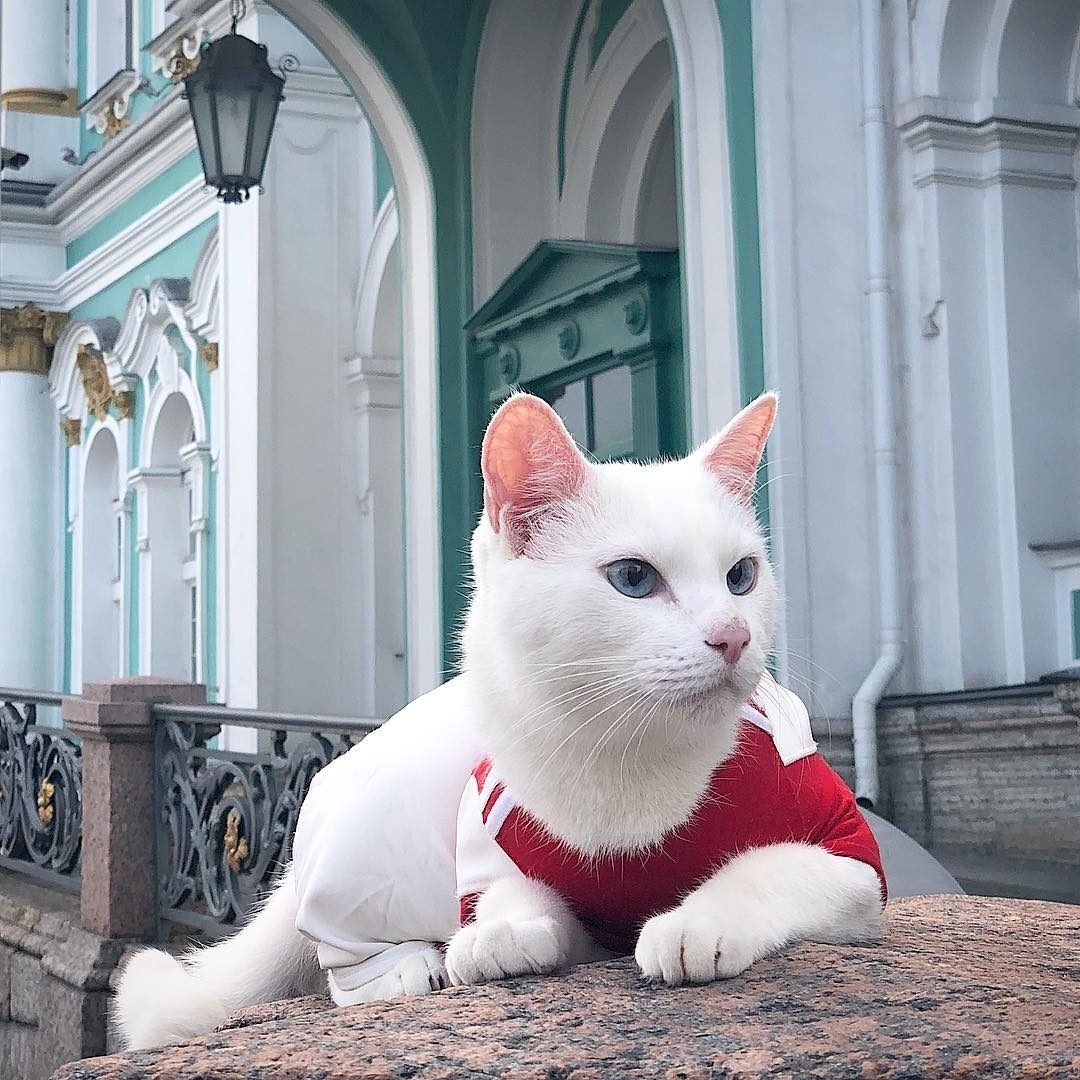 In the very middle of the magnificent ten, in the 5th place, there is Flossie from the UK. She is famous for being a long-lived feline: Flossie is already 26. She is the oldest cat in the world, and this is recorded in the Guinness Book of Records. 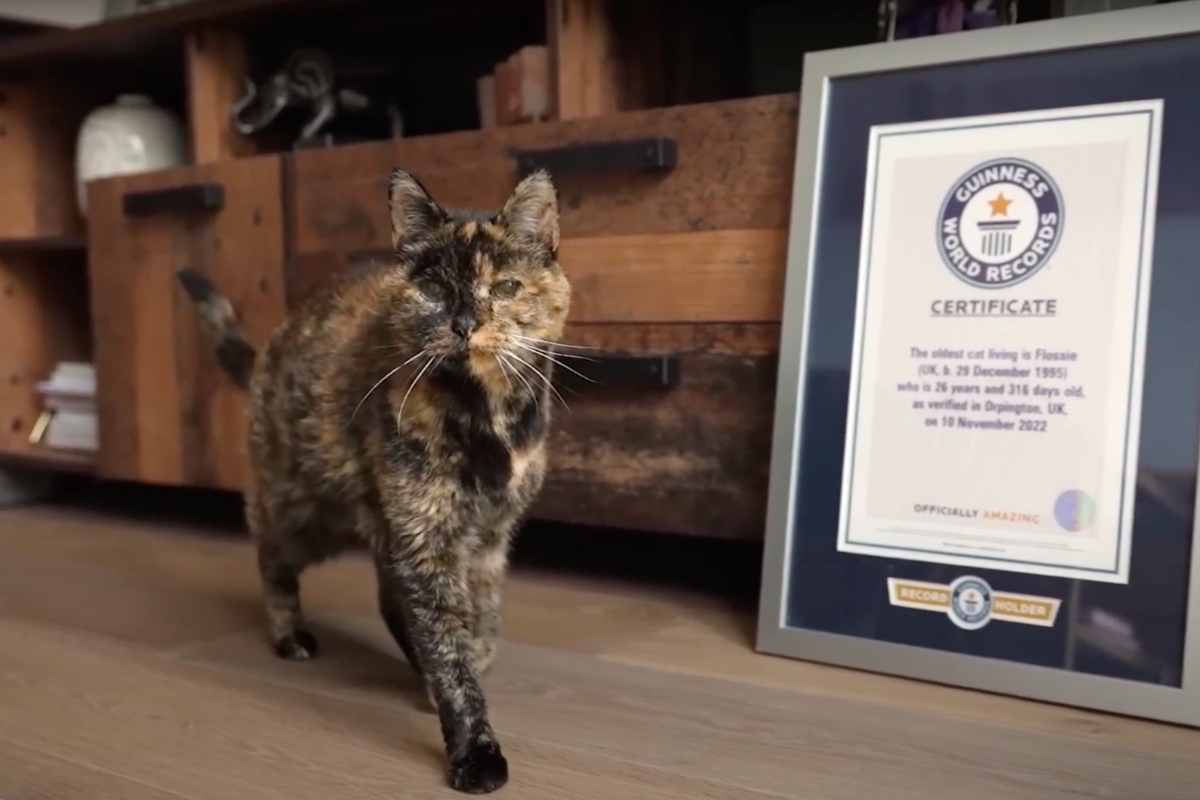 The 4th place is given to a cat from Thailand, who got into the world top ten simply because she sneezed. Well, okay, not just sneezed, but allegedly infected her owner with coronavirus in such a simple way. A lot has been written about this, considering this case as proof of the possibility of transmitting the insidious virus from cats to humans. However, we still want to remind you: yes, cats suffer from coronavirus, but their own, feline one. It is very dangerous, but it has absolutely nothing to do with covid-19. 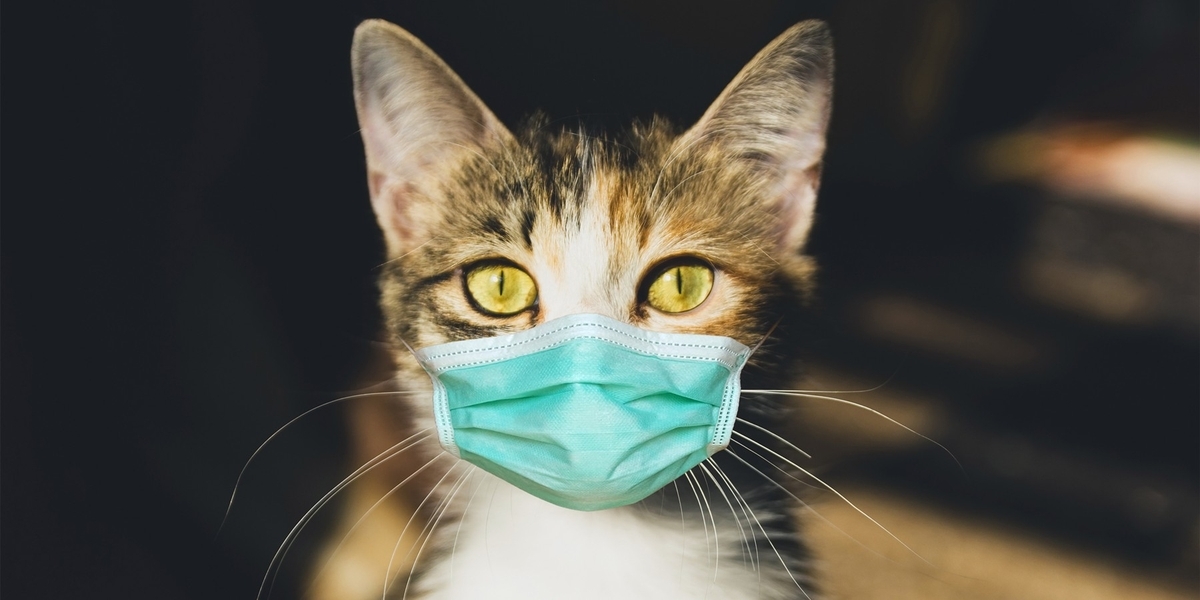 The second place of the top is taken by a Saratov cat named Puzyk. His nickname is simple, not serious, but the cat is absolutely heroic! With his brave "meow" he managed to warn the owner that a fire was starting in the apartment. And thereby he saved the residents of the whole five-story building. Puzik, we are proud of you! 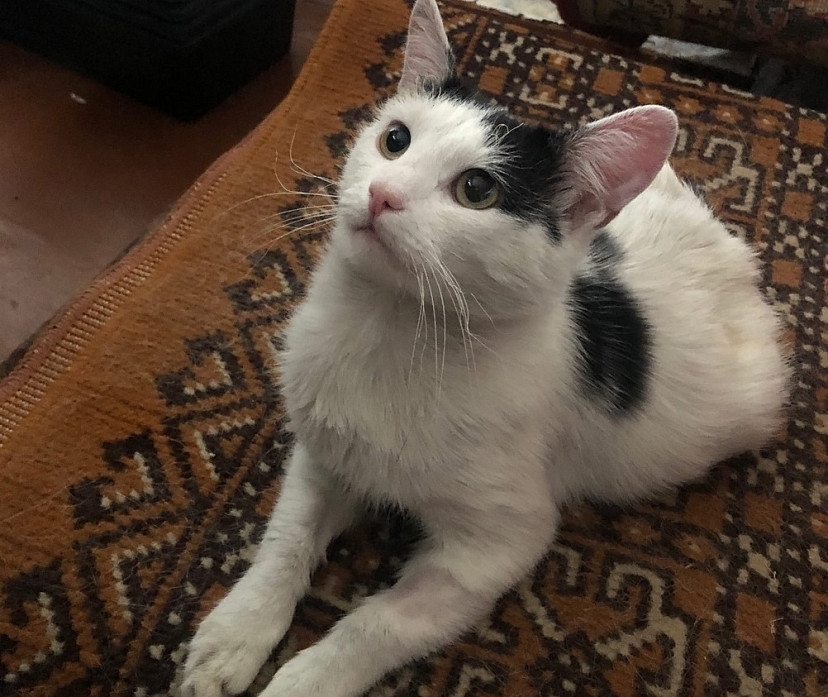 And finally, the leader of this hit parade! Of course, this is Larry, that very Larry who lives in the Downing Street in London. For those who do not know: there is the residence of the Prime Ministers of Great Britain, and Larry has managed to survive four of them. A new head of the government, Rishi Sunak, has recently settled in the Downing Street. Does anyone doubt that the cat will retain its positions during his reign? Maybe it's time to stop changing premiers and finally appoint someone to the responsible post who is serious and long-living? 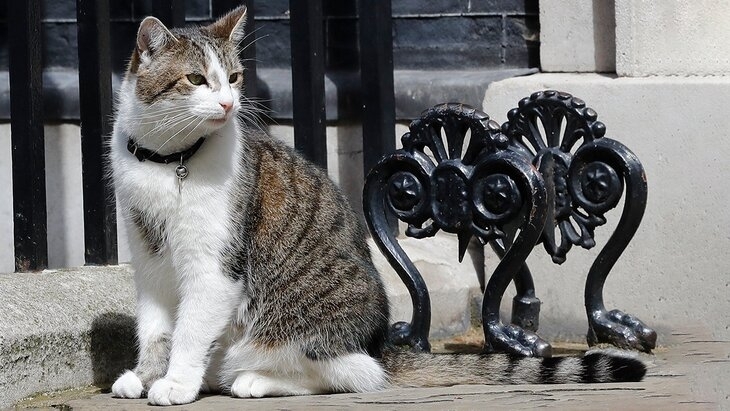 Other posts
Read all posts
Porcelain and Cats for Pleasure
Cats are meant to be admired, aren't they? Indeed, even people who are engaged in completely different things in their lives cannot resist this unearthly beauty. For example, Tatiana Khazova is a...
Read more »
Do You See Any Logic Here?
Cats are aliens. Some even look like aliens from the star worlds. But seriously, our lovely and infinitely beloved domestic fluffies sometimes amaze us so much with their habits that we want to...
Read more »