A fun holiday with a scary story

Once every three years, on the second Sunday of May, thousands and thousands of tourists from all over the world come to the Belgian city of Ypres. Of course, do not know for sure, but we assume that all these people are big fans of cats.

Simply because the purpose of their visit to Ypres is a cat festival. In Dutch (and this is one of the three official languages of Belgium), the holiday is called Kattenstoet. This is a very bright and cheerful holiday, with songs, dances, costumed processions, with cats are in the spotlight, of course. 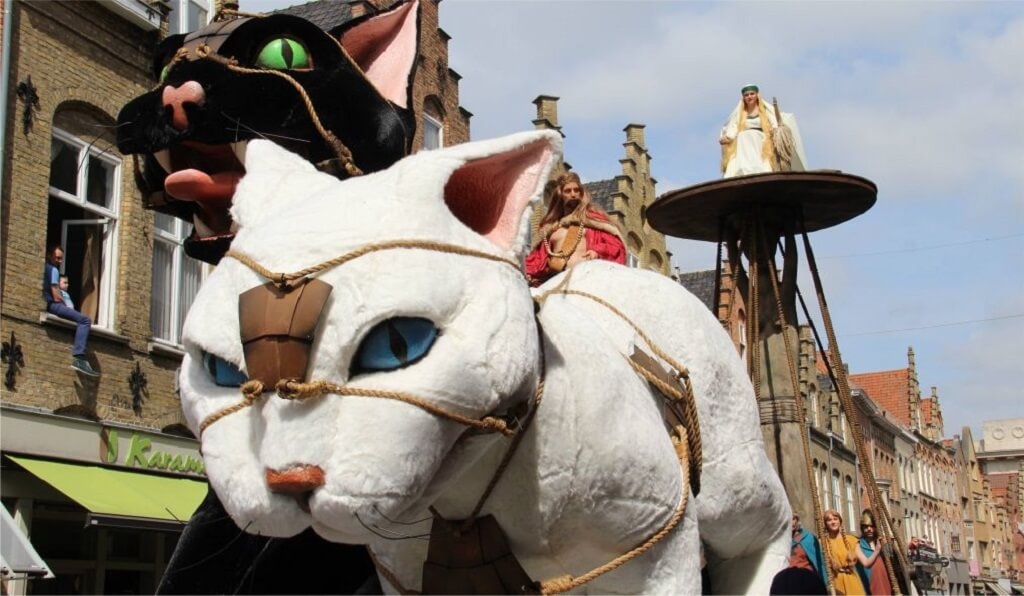 There are big ones... 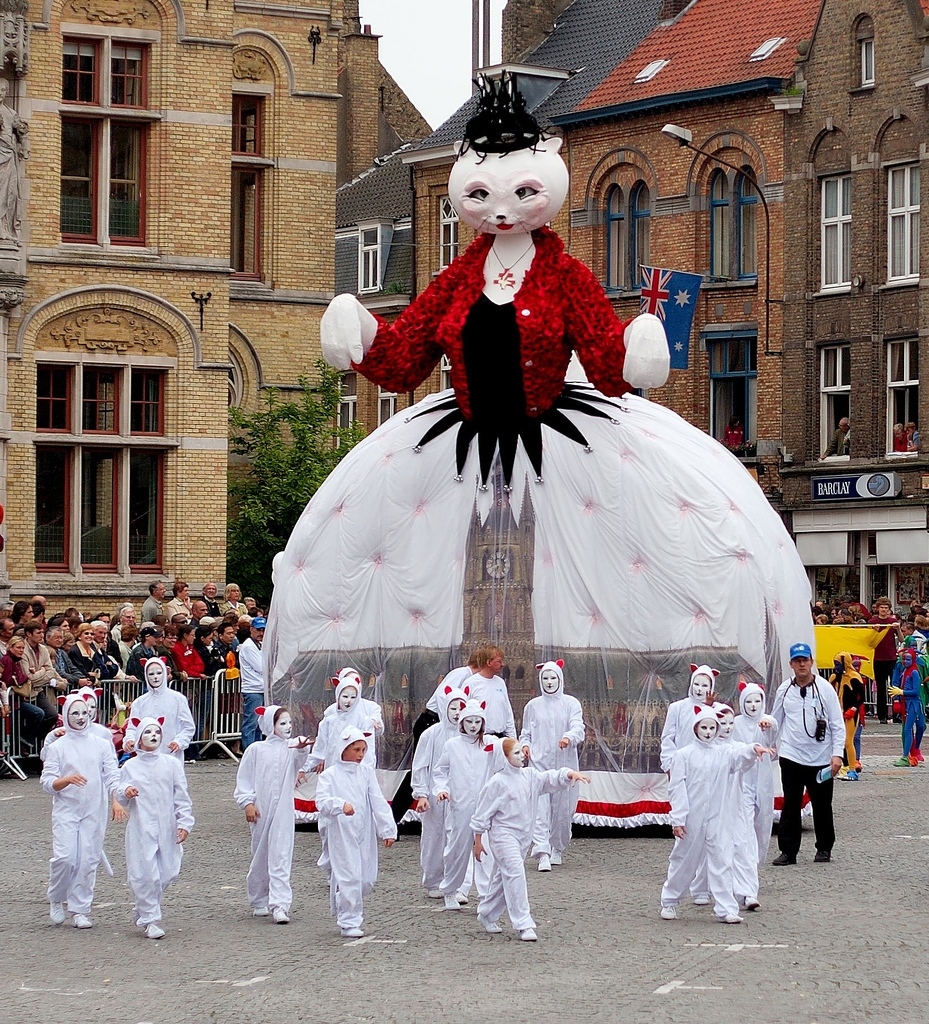 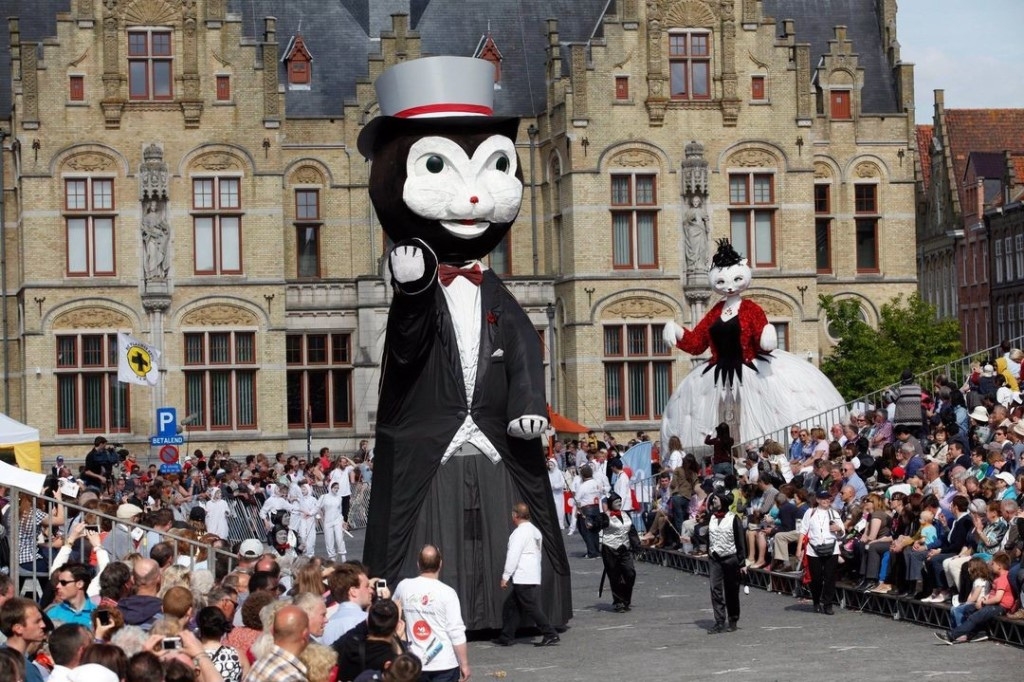 … There are those that literally known to everyone on this planet! 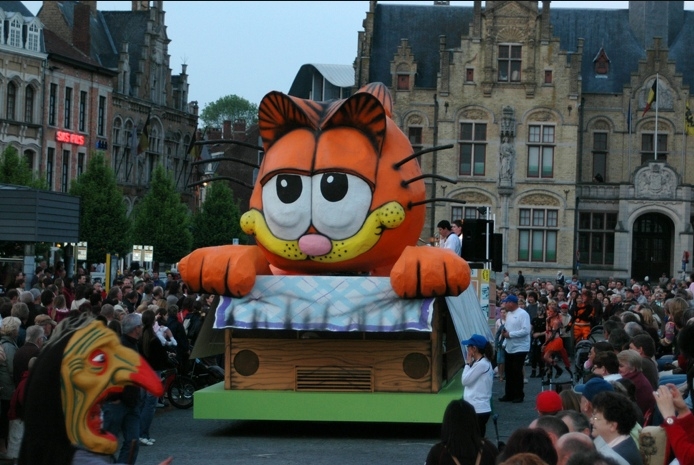 But the main thing in Kattenstoet is... dropping cats from the central city bell tower. Seriously! Hundreds of them are simply thrown down, right into the crowd of people! 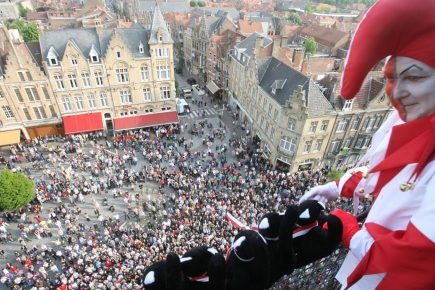 Fortunately, the cats (thrown from the bell tower) are plush and inflatable. Toys. But this was not always the case... Many centuries ago, in the dark times of the Middle Ages, live (!) cats were thrown from the bell tower of the Ypres Cloth-makers' Chamber down to the city square located below. The thing is that cats, which we love so much, were considered evil creatures and faithful companions of witches at that time. Therefore, they "should" be destroyed - in order to cleanse oneself from sins and defeat witchcraft. Medieval obscurantism, is not it? 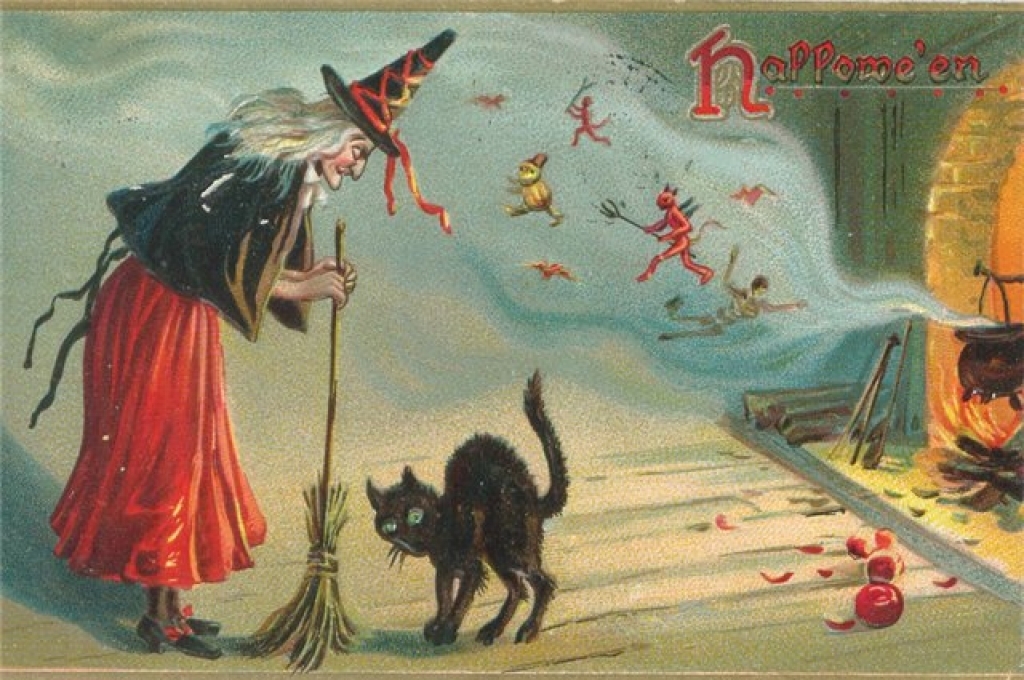 Fortunately, this disgusting "tradition" has long been a thing of the past. The festival has been held for more than half a century, since 1955, 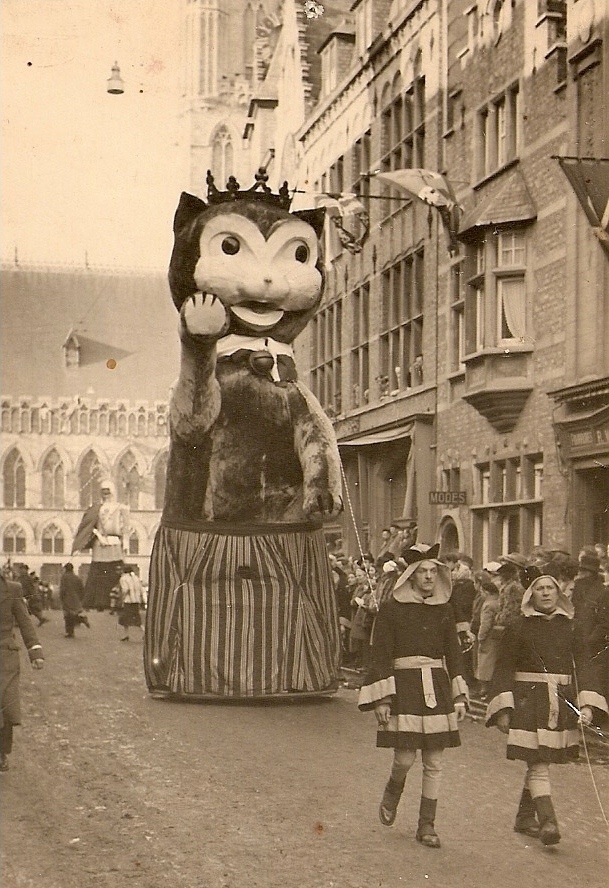 and today Kattenstoet has a completely different, opposite meaning. Instead of cats, they now destroy - burn - a stuffed witch, and then sing and dance until the morning. 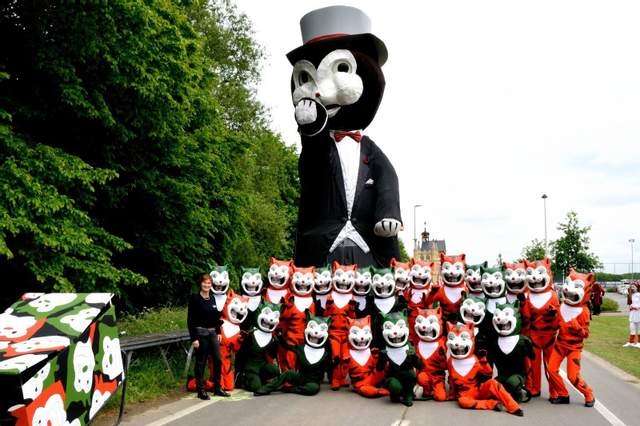 Just a sea of fun, joy

and adoration of cats! 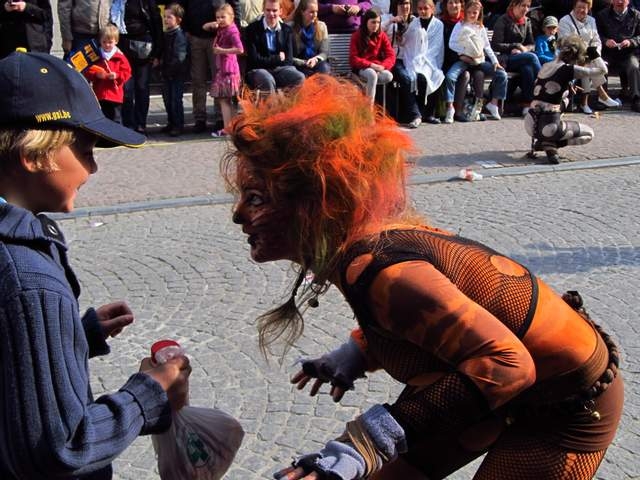 Other posts
Read all posts
I/We are the Cats on Heat!
Despite all the terrible news, spring is still coming. The best time of the year is already ready to give us new hopes for the best and delight us with drops, sunshine and the first snowdrops. All...
Read more »
It does not Walk Round the Chain, as A.S. Pushkin Wrote....
To be more precise, this is not a male cat, but a female cat. Asya the cat, with the full name of Aspid, of the Siamese breed. But as to the title of a learned cat, no clarifications are needed:...
Read more »