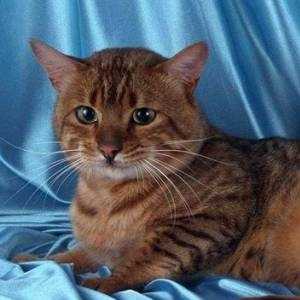 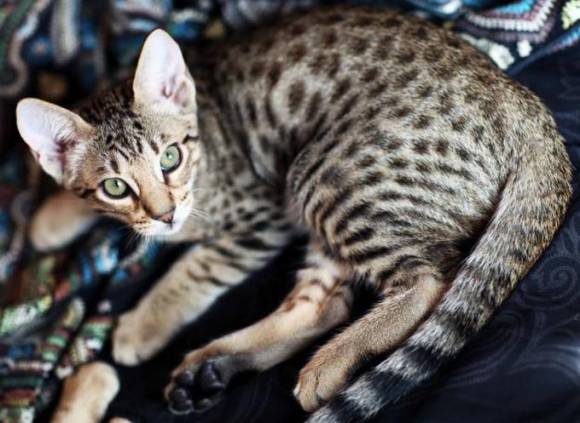 Classicat (jungala) is a relatively modern breed developed by crossing abyssinian, siamese and american shorthair felines in New Zealand. It’s first and some alternative names resemble the one of the Ocicat breed, the forefathers of the breed in question. Actually, classicat is a blotched tabby ocicat. It’s alternative name Jungala has hebrew roots, and is translated from high hindi as “jungle”. Just as it’s primary name, this one gives us a hint of the breed’s wild origin, do not be afraid however, as if this wildness is only expressed in their colour. First classicat kittens came to life in the very late XX century in a local cattery from CATZ Incorporated. NZCF became the first international association to acclaim the breed in 2001.

Classicats are mediocre both in size and type, their muscularity and fitness is well balanced by their overall elegance and flexibility. They, however, weigh a lot more than you would expect from a feline of their size, and are affected by sexual dimorphism. 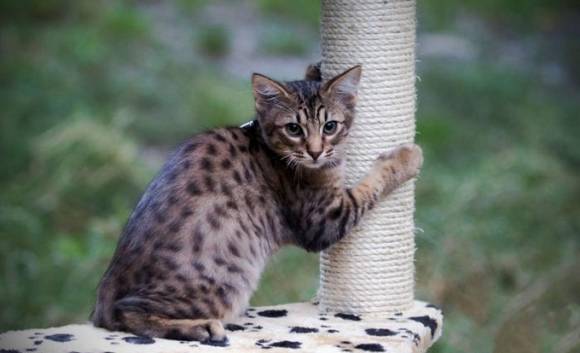 Eyes: Large, almond shaped, wider set than normal. Any colour, except blue, is accepted, with vivid hues sought after.

Ears: Large and very high set, at an angle of up to 45’ to vertical.

Legs: Medium length, muscular and strong, yet proportional to the body.

Paws: Neat and oval, with five fingers on front legs and four on hind legs.

Coat: Short, thick, shiny and satin-like to the touch, it is never fluffy. Length is sufficient for blotched pattern to appear over the “wild” paint.

Colours: The only accepted option is Blotched Tabby pattern, of which there is a number of acknowledged variations, with defined criteria of cource. All colours should be sharp and distinctive, the brightest spot is around the eyes and the tail ends in a darker tip. A defining feature is a dark and sharp “M” marking on the forehead.

Disqualification on shows: Blurred or muddy marks. Note that the brighter is base colour - the brighter and less contrasting dark markings should be. 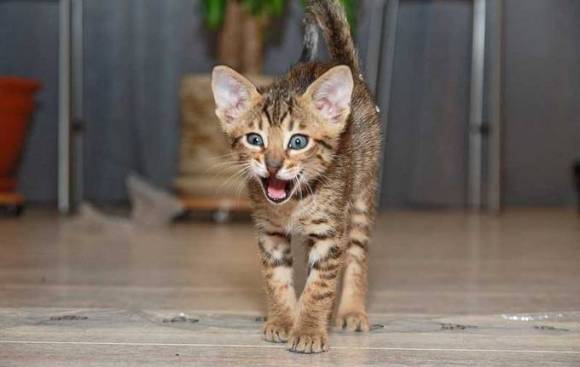 Classicats are jolly and energetic, and all that is supported by their inherent health. They think they are full-scale family members, and thus are oftenly talking to owners, guests and by any means they take parts in any activity around. They are sufficiently active and relentless to have and demonstrate their own view on everything, yet are very smart and easily trained. Sometimes, their wits may help them successfully manipulate the owner.

These cats are a breeze to have at home. Their thin and silky coat can be brushed with a silicone comb on a regular basis. Classicats are not the molty type and are capable of keeping themselves clean, and therefore need no extensive washing. However, they may encounter a problem of hairballs jamming their throat, naturally they would counter that by eating grass that forces hairballs to eject, but in a flat with no reliable weed sources this may become a problem. A healthy playtime and communication with the owner is also required to keep their mental balance where it belongs. Note that they take games seriously, and they are required to keep their excellent physical condition, agility and wits. 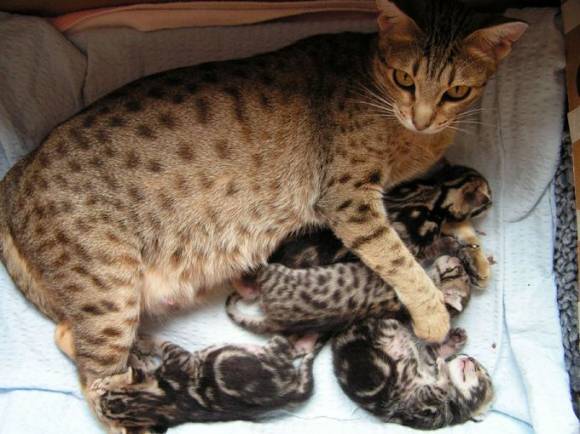 Breeds relative to or derived from Classicat