This breed has originated naturally in Thailand, where it was valued highly and was considered the holy feline all over the Indo-china ever since XIV century. The reason behind this is probably the local belief that silver colour brings health, Korat’s blue resembles the sky, and that their green eyes is associated with raw rice, the sign of fertility. In Thailand these cats are called Sisawat, which translates as “happy charm”.

This breed has it’s first notion in an ancient Tamra Maew (The Cat-Book Poems) written in Ayut circa 1350-1767: “the silk-like hair with cloudy tips and silver roots, the eyes that shine like dew on lotus leaves”. Their contemporary name Korat is an reference to the name of their home province. In the end of XIX century a number of Korats were shipped to Britain for a cat-show exhibition to no avail, however. These peculiar felines were considered mere blue siams, and it was only Jean Johnson who took up their development in 1959. The breed was granted an official CFA acclaim in 1966/ They were brought to Europe in 1972 and were given a FIFe recognition right away. However, it is rarely met in Europe this days, and is mostly spread in USA.

A flexible, elegant yet muscular feline. It is mediocre in size and weighs 5.5 - 10 lbs. Legs are moderately long and the spine is bending slightly.

Head: Heart shaped when viewed from the front, it is defined by stout and developed cheeks on the sides, strong jaws and chin on the bottom, flat and smooth forehead on top. Muzzle is somewhat large yet roundish not to get in the way, and the nose is neat and pointing slightly downwards.

Eyes: Wide set, slanted, large, round and bright, vivid green colour is desired, FIFe allows younger animals to have amber hued eyes, but never after the age of 2. Brow ridges are protruding and well visible. Ears: Set high and slightly apart, they are broad at base and round at the tip. Exterior is marginally fluffy.

Body: Average in size, with a slightly bending spine, while not as delicately long as some it is definitely not short, and is rather stout. Muscle structure is well developed, the whole body is rather flexible.

Legs: Medium-long, muscular and hard. Hind legs are slightly longer than the front ones.

Tail: Medium length, wider at the base and tapering to a rounded tip.

Coat: Short, thin, shiny and clinging to skin. No undercoat is present, hair around the spine would often rise up during movement

Disqualification on shows: Too long or short nose, too sharp chin. Being a life loving and impressionate cat, Korat remains silent for most of the time, yet is quite persistent. They need close to constant attention and care from their owner, and they pay for it with deep tenderness. Strangers, however, force them to behave in a restrained fashion, still with no signs of aggression. These cats do feel bad with other pets around, as if they prefer a most tranquil environment. Their voice yet rarely shown is characterised as unnaturally melodical.

These cats are considered rare enough to demand specific conditions. The primary reason for that is their natural vulnerability towards cold.On the other side, their short hair is a breeze to look for.

Breeds relative or derived from Korat: none 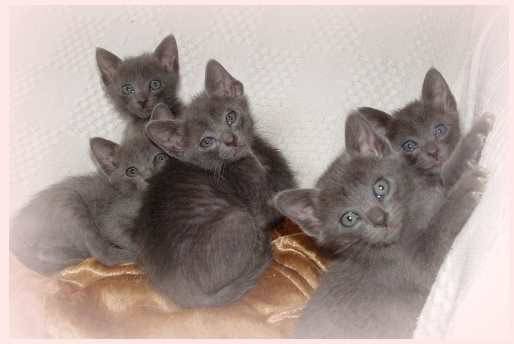